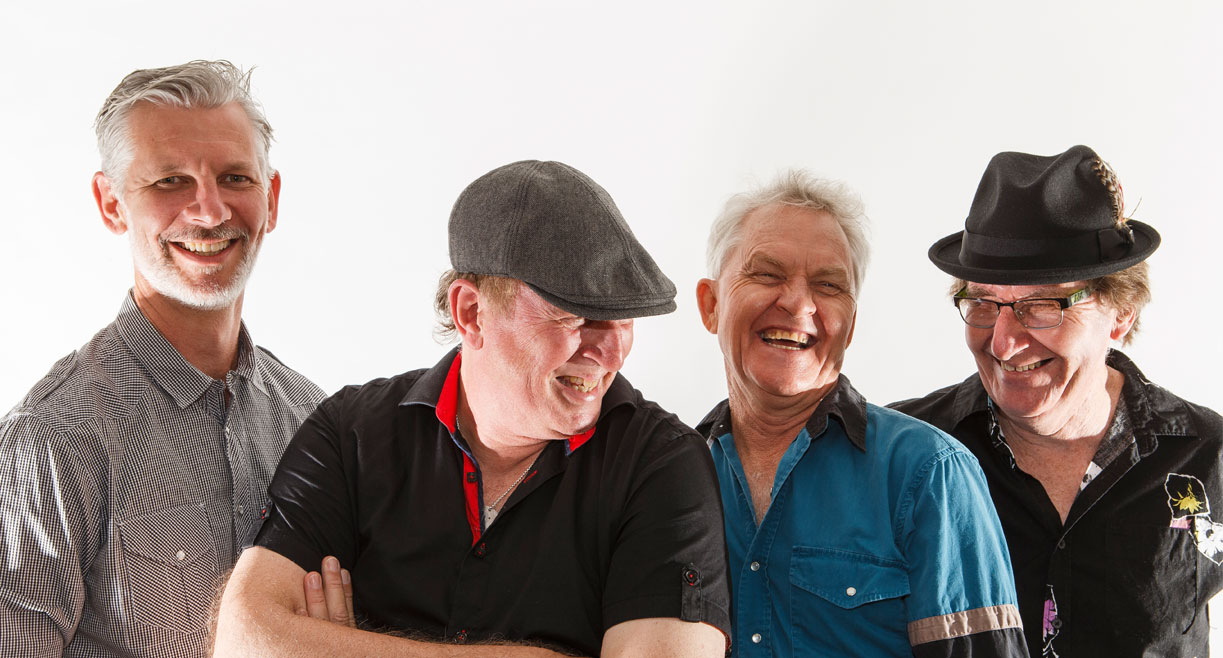 The Band
Is it Phil (Lucky) Pearson’s lead guitar work which conjures up rock riffs honed and sourced from the sweety pub rock days of the eighties? Is it Paul (The Boss) Boxwell’s funky bass lines from his international experience of playing funky island music and reggae sounds sourced from all around the Caribbean, or is it energy and indie pop sounds that jump out at you from the kit of drummer Almin (Groove Master) Fulurija, or John (The Dr) Smoker with original vocal style and his raw harmonic sounds, a wild eclectic mix of country, reggae and blues all washed down with a tinge of Aussie singer songwriter grit and grind. Well you guessed it … it's all of the above …a sound something like Muddy Waters mixed with Charlie Musselwhite and all fired up like The Fabulous Thunderbirds. Catch any of their live performances and you'll find them moving seamlessly from raw rhythm and blues of Howlin Wolf to swampy rock and back to bluesy shuffles a la Willie Dixon style yet still maintaining that sound cohesive TMJ sound. 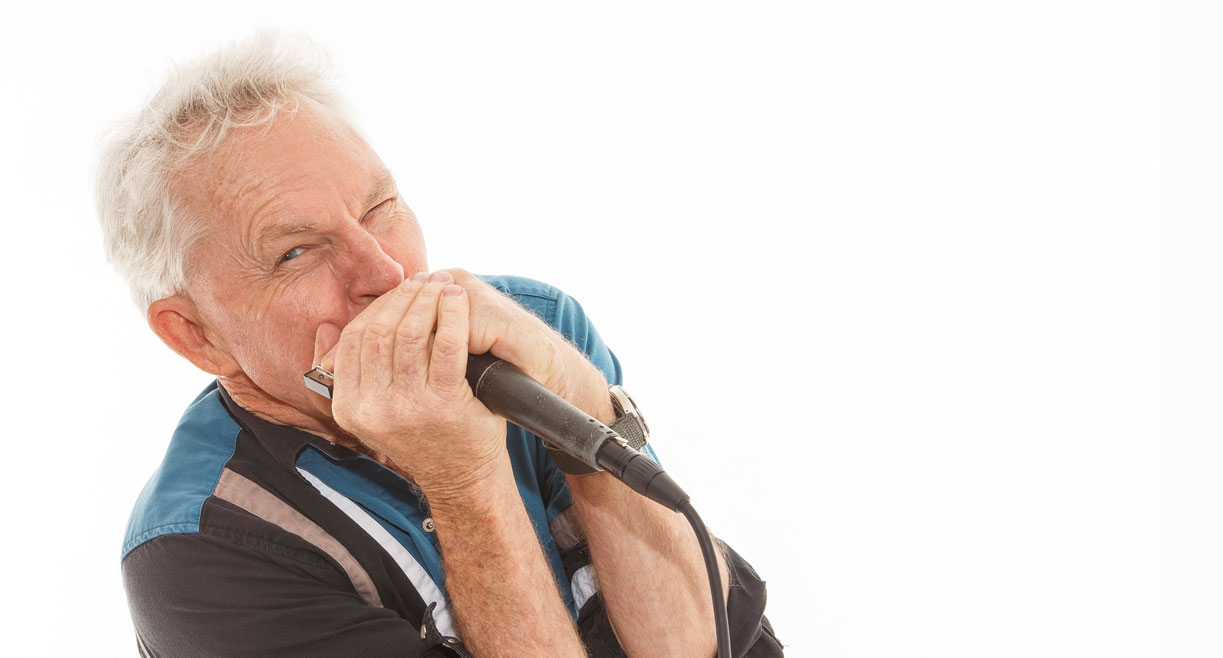 John (The Dr) Smoker, Vocals/Guitar/Harmonica.
John is a unique singer songwriter who hails from the Kimberley Region of Western Australia. He has played in wide variety of bands around Perth since the mid 70s including Sheriff right up to The Hip Replacements in 2012. Then later The KG Bees and Racy Tailor. John’s early life was spent in the West Kimberley where he grew up listening to Buddy Williams and Slim Dusty as well as his mother’s piano accordion. Upon being sent from the isolated town of Fitzroy Crossing to the suburbs of Perth for high school, John was finally exposed to the world of radio and pop music of the late 60’s. He discovered the music of The Band and all things Blues and Rock ‘n Roll. John formed his first blues band Spinifex in 1975. His musical journey had begun! When asked what have been themost memorably bands and gigs that John has seen he said The Band in Tokyo in 1983 (but sadly minus Robbie Robertson!) Wembley Stadium London 1979 …All on the one bill … Nils Lofgren, The Stranglers, ACDC, The Who … beat that! Wendy O Williams chain sawing a guitar in half on stage with the Plasmatics gig in 1979 at the CBGB in New York. Buddy Williams on the hostel veranda in Halls Creek when I was about 9 years old! 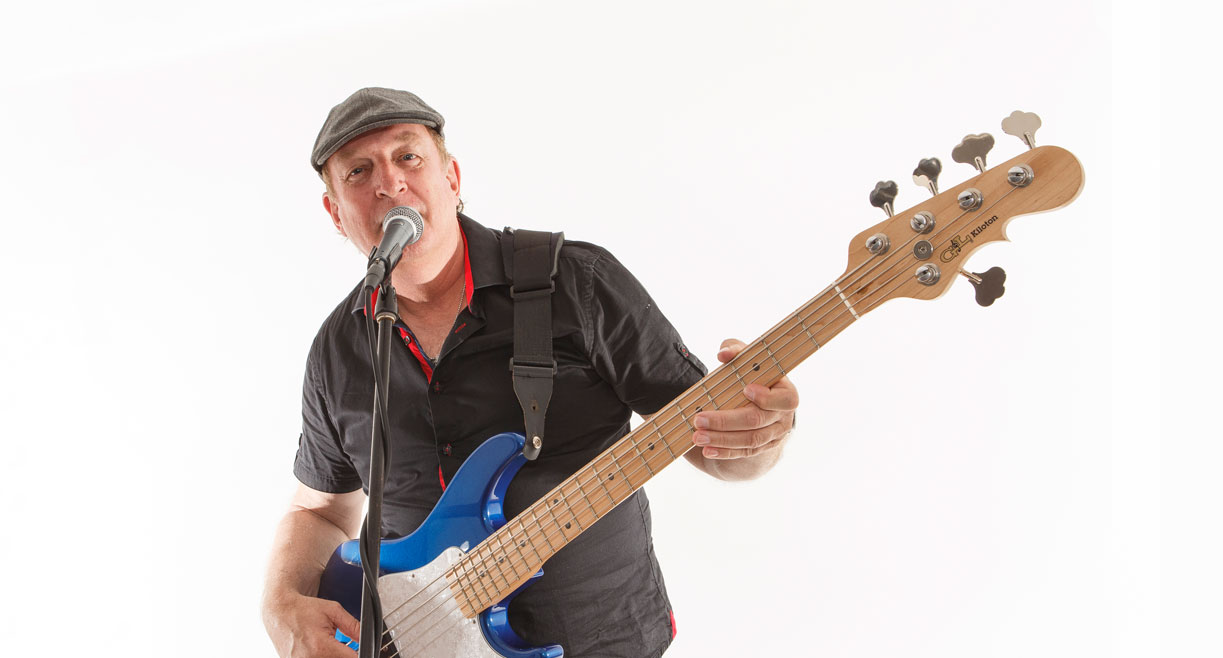 Paul ( The Boss) Boxwell, Bass/Vocals.
Paul is a much sort after bassist who hails from the Cayman Islands in the Caribbean and has played in an array of funk and reggae bands in the Caymans providing his deep funky style at festival stages and corporate concerts in various bands all over the islands. His musical journey has now led him to Australia and eventually to the TMJ and he has now made Perth his home. Paul is a masterful player with funky original bass lines that bring a whole new pulse and groove to the TMJ sound. He is also an accomplished tambourinist … so he says! Paul has spent most of his life in the Caribbean, he loves Island music, reggae, ska, lovers rock, calypso all of these grooves are ingrained in him but I’m still touched by great rock, blues and even country. Why TMJ? It is the first band that I have played in that does not face the ever-famous band challenges of Egos, attitudes, personalities, dramas, and arguments. Great bunch of band mates, easy gigs and it all happens 5 minutes away "Luvin it". What are the most memorable bands you have seen? I’m glad that I got to see Lucky Dube and Toots and the Maytals, before we lost them. Wish I had seen Pink Floyd when they were all alive and performing together and Stevie Ray Vaughan. 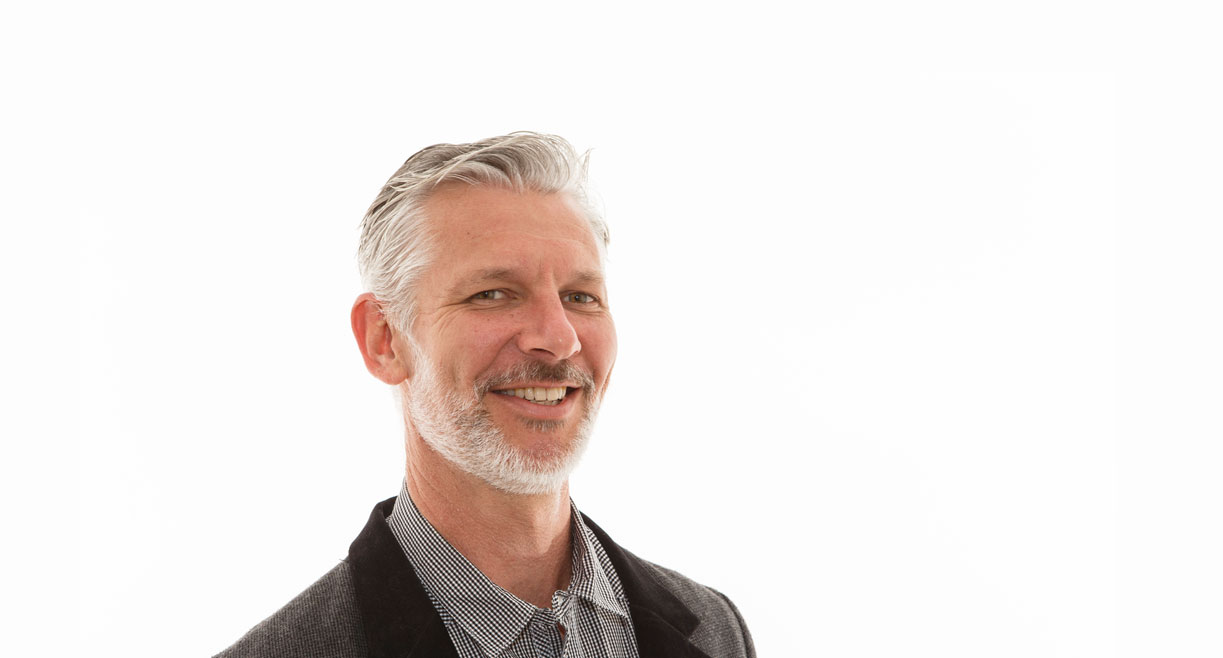 Almin (Al) Fularija, Drums/Vocals.
Almin is a true Fremantle local. Born raised and educated in the area. He started learning guitar at the Fremantle music school when he was about 9 then moved over to drums and percussion when it was available to learn through his primary and high school years. He started playing drums in an ethnic cabaret band at age 14 and have been playing in bands ever since. His very diverse range of influences include Pearl Jam, ACDC, The Police, The Rolling Stones, Eric Clapton through to Dave Matthews and his favourite drummer is Brian Frasier Moore. His first kit was a Pearl Export 1970's but favourite kit now is his 1990’s Brady kit which was once the in house session kit at Planet Studios in Perth. He has played with likes of Motherstar, Jebediah, and Nathan Gaunt and is regularly asked to back up Toby when she is in town. His favourite city would possibly be New York because he was married there in Central Park and one of his most memorable live gigs would have to be Eric Clapton at the Royal Albert Hall in London. 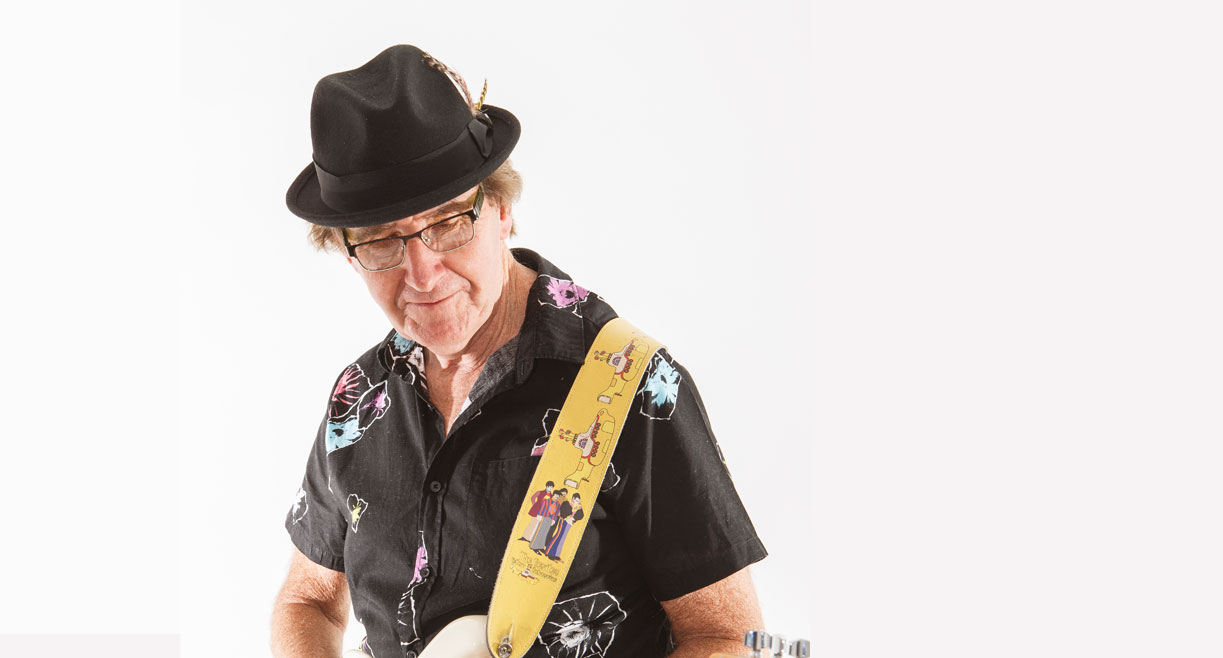 Phil (Lucky) Pearson, Lead Guitar/Vocals.
Phil hails from a pioneering family in the Nannup Timber Region of Western Australia. His musical journey took him from Nannup to wilds of the norther suburbs of Perth where he got throughHampton Senior High and went on to become a metal worker. His early musical influences have been the Beatles then a healthy diet of Deep Purple, Black Sabbath, Led Zeppelin, Status Quo, Queen, Toto, Yes,Styx, and even the Eagles!! you get the idea … he reckons …the louder the better! As lead guitarist with the Midnight Jammers you will always find him doing just what the song calls for, from tender fingerpicking, to searing melodic solos, to crunchy power chords, to soul full blues. Phil can make his old Strat sing and he creates the right mood with the right tone at the right time. He also has amazing chordal knowledge and a highly developed ear with an uncanny knack for creating tasteful chord progressions, many of which have become the backbone of TMJ’s original songs. Phil was 17 when he played in his first real band, Icarus. He went on to play in Lumiere, Bridget and the Inmates,Charmer, Roughcut, Freebird,Side FX,Bogarnis, Loganberry Jam and many more than he can remember. He reckons he has played in probably nearly every venue in WA.

The band's debut EP Moovin’ On is now available and recording of the follow up is well on the way! These journeymen are moving in the right direction.

The Midnight Jammers are a Perth, Australia based band with members of local and international fame. 2019 saw these journeymen crossing paths and finding a new musical direction. Bringing together their collective skills and experience they showcase a strong repertoire of original material with an electrifying on stage presence. They will have you jiving along to their memorable songs in no time.

With Al 'The Groove' Fulurija laying down a solid rhythmic back beat, Paul 'The Boss' Boxwell locking in the pulsing bass grooves and Phil Pearson adding those searing solos on his old Strat, you’ll be jiving around like John 'The Dr' Smoker singing his way around the stage and wailing on his harmonica.